You are here: Home / Practicing / Bottoming out in Denmark

Today I received an email from a yogi (lets call her cool cat) in Australia asking how my skin problem was going. You may remember my post, “Not all Roses” where I confessed my health was suffering. ‘Cool cat’ is suffering a similar outbreak of pimples and I’ve copied an extract from her email here:

“I have had the problem skin of a teenager for about a year now which is more than unfair as I’m a long way from actually being a teenager. I’ve been to a naturapath, GP, looked at my diet, used creams, you name it I’ve done it. I was talking to ‘cute puppy’ at yoga and she said that the only thing that improved her skin was to stop going to yoga. I had a morning class when I was so frustrated and devastated with having to look at my skin in the mirror for so long, that I decided that was it I was going to have to let yoga go.” 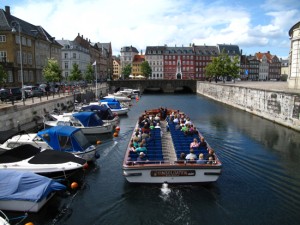 She goes on to say that after her Bikram Yoga class she checked out my blog which just happened to be “Not all Roses” and felt relieved she’s not the only one. BUT the problem still remains and we sure would like to get to the bottom of it! In fact I’ve heard the same story from a few yogis in my travels. I know we’re sweating out a lot of toxins during class, but when does it end?!

Speaking of bottoms, and I’m sorry if this is an “over-share” for some but why not get it out there for discussion. Soon after arriving in Malmö, I searched for “colonic hydrotherapy” as I’ve heard it can help with skin problems. Basicaly, colonic hydrotherapy helps clean the large intestine of toxin build up from all the preservatives in our food. I couldn’t find a clinic in Malmö so I took the train over the Öresund bridge to Colinic Denmark in Copenhagen.

Of course, I wont go into the nitty-gritty of what I saw floating down the clear tube during the treatment but it was an experience, I’ll tell you that! 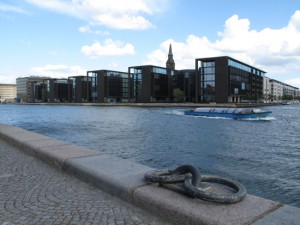 So did it work and how many treatments did I receive?
My skin was noticeably clearer the next day. I only had one treatment. The staff said, “you will know if you need more”. I guess it’s a good thing they didn’t try to sign me up for multiple treatments and of course they cant guarantee success. However, the pimples are back although not quite as bad, so I guess that’s a clear enough answer.

My diet is quite healthy, I’ve given up coffee this month and trying to give up all dairy… but Erik is a cheese connoisseur (last block was a 6 year matured, local cheese from Skane) and it’s sooo tasty!