You are here: Home / Practicing / Clearing the headspace 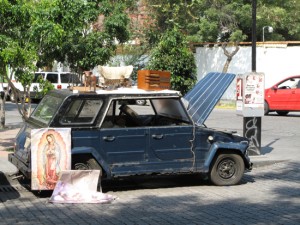 Lately I wouldn’t be going too far if I said I was detesting the practice. You may remember my post, “Jinxed on Grouse Mountain” early in September when I realised I was bored to tears with my practice. After chatting with a few people the same comments were being thrown around; “you went through the physical (exhaustion started in India) and now you’re going through the mental (stress surfaced in Switzerland)”. “Hmm righto, what’s next?” and to my trepidation the reply, “Haha your next biggest challenge will be emotional”. Oh great, looking forward to that one!

Every now and again though, I have a good class and I think, OK I’ve passed this barrier. The next day, I again fall into a self absorbed cyclic nightmare starting with Prana-boring-yama, Half-arsed-Moon, and before I even get to Standing-middle finger-Bow, 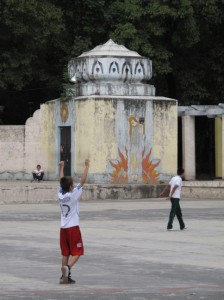 I’m telling the teacher to shut the F*#@ up, and complete the rest of the class either seething in utter contempt or thinking about going for a surf.

BUT now, I think I may have found my ‘get out of jail free card’ after 2 rocking classes at the Bikram Yoga San Angel studio, led by Cecilia Vez and head maestro and owner, Ulises Calatayud. What’s different? Little old me; making the decision to focus in Prana-uplifting-yama and hammer it in Half-to the max-Moon and by the time I get to Standing-skies the limit-bow, I’m one grinning, sweaty yogi again!

Check out some pics of Coyoacan, where I was staying for the first few days and my new neighbourhood in Condesa.