You are here: Home / Practicing / Resurfacing in Malmo 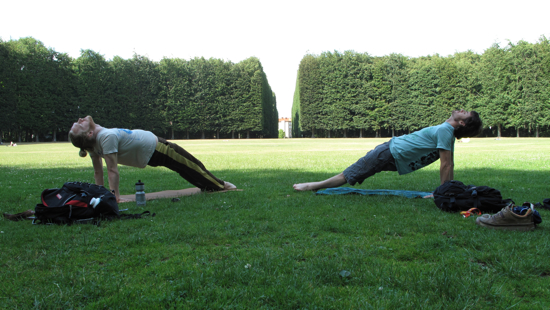 Ah tis good to be back and thanks to my good friend, Nickelass’s comments: “PUT YO ASS INTO IT MATT!! …and stop slacking” I blow the accumulating dust off my pencil (laying patiently in Savasana), and put the little fella back to work.

So where have I been? Simply, satisfyingly and selfishly, taking time out. Not from yoga, in fact I’ve added another flavour, to the cone of contention: should I practice another form of yoga, would I hinder or help my progress, silence or serve the critics and throw the essence of my trip in question? Well, who freakin cares! I was curious, wanted it, needed it. So when Erik asked me if I’d like to practice some Yin Yoga with him, I bent at the chance. I feel I’ve plateaued in some ways and I think the intense, deep, long and somewhat relaxing stretching of the Yin, may just be what I need, at this blunt end in time. 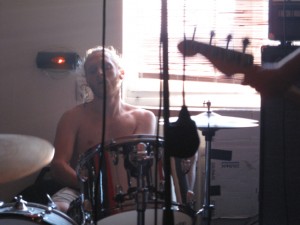 Who’s this Erik guy anyway? I met Erik Persson (yogi & drummer for SUMA) at Bikram Yoga Kozpont, Budapest in May. He was visiting from Sweden for 3 days to celebrate his girlfriends birthday and just happened to pop in for a quick class (yep addicted). We exchanged emails and a month later he invited me to camp at his place during my Malmo stint while his girl was away. Funny how the pieces of this jigsaw puzzle journey, find and claim their place, as if my challenge has already been captured, cut and jumbled in a box: 30 pieces a month – find their rightful home and claim your destiny. 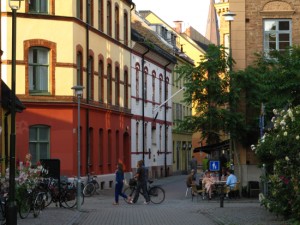 But tell us about Malmo, what have you been doing? I took up Clara Star’s (yogi, musician/producer) offer to look after her apartment (+ two cats) overlooking Folkets (Peoples) Park for the first week. I chilled out, swam in the ocean (my watery heaven), practiced Yin Yoga in the park, (usually before a Bikram class) and explored the paved and cobble stone ways & means: the arteries joining the large, open squares to parks to people, in this relaxed but proud capital of Skane County, situated a 35 minute train ride over the Oresunde from Copenhagen, Denmark.

I expressed my intention to unwind this month and I’m well on the way; creating and allowing space, tending to the body and the morsels of the mind – reuniting the yin and yang.