We had a record today with 22 hot yogis in class! It may not sound like many, but it’s a new studio in this small, but oh so lovely city of Luzern in Switzerland, so Liliane & Julie (owner/teachers) are still building numbers and awareness.

It was such a surprise, when I quietly opened the door to so many yogis limbering up for the Sunday 4pm class. I was so moved I turned straight around and walked back to the desk, asking Liliane & Julie how many yogis had shown up. It was great to see the excitement and pride in their eyes as the new record was set. 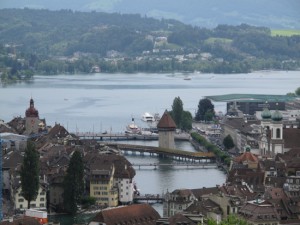 The energy in the room was clearly buzzing before class and as I locked eyes with a few of the regulars, I could see they were equally impressed. Then we started and the heat wiped the smile off my dial real quick! I managed to resurrect it at least once each posture though, to refocus and relax as Liliane led us through yet another powerful class.

Congrat’s to Liliane and Julie, I hope this is just the beginning for seeing big classes all Summer at Bikram Yoga Luzern!